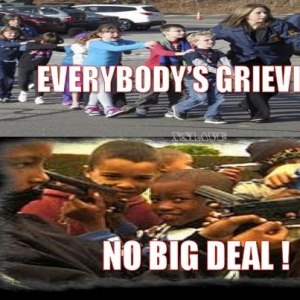 WHO CRIES FOR OUR CHILDREN ???
By TAKI S. RATON

As a former elementary school principal and now lifetime educator and educational consultant in the African Centered paradigm, I join in our country’s morning over the now reported 28 killed i
n the Newtown, Connecticut school shooting to include 20 children. Upon hearing and seeing reports over the media, I instantly flashed back on my school building recalling security details. Additional to Connecticut, a personal cultural concern that has often been shared by many community observers is where is the Black outpouring when numbers of Black children, Black youth and Black people are violently killed?

I recorded in a published article dated Oct. 14, 2010 in the Milwaukee Community Journal Newspaper that within the nine-and-a-half years from 2001 through 2010, 67,000 Black Americans have been murdered by Black hands. At 67,000 Black-on-Black killings, that would be 60,246 more than the total number of solders who died in Afghanistan and in Iraq combined according to the Black Star figures at 6,754 war related deaths from 2001 through 2010. Further, parallel to this comparative account, given the 67,000 figure, that would be 64,068 more Black folks killed by Black folk than were murdered by the Ku Klux Klan during the 29 years between 1889 and 1918.

And that was only two years ago. We are not even including here in 2012 the massive number of young Black children in particular, killed by drive-by’s or stray bullets over the past two years. And what about this Dec 14 wknd. What will Monday morning, Dec 17 bring in news clips accounting Black-on-Black crime in our central cities throughout the country over this wknd? Where is the Black outpour of concern? Who cries for our children?

One thought on “Who Cries For Black Murdered Children?”