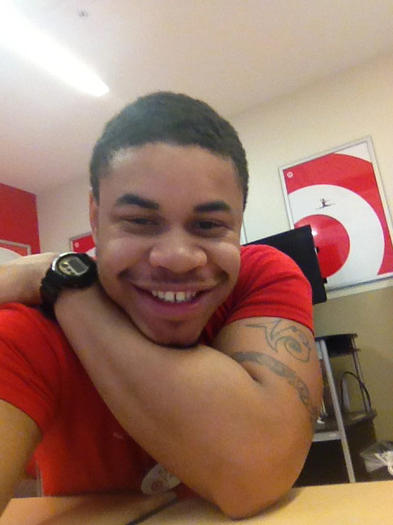 Kevin Ambrose, who was a victim in a shooting in the Bronzeville neighborhood of Chicago. (Family photo / May 8, 2013)

Mom of slain teen: ‘You can do all the right things and still come up with the same outcome’

Just before Ebony Ambrose went to bed about 10 p.m. Tuesday, her son Kevin Ambrose asked her if she had made the spinach gnocchi and apple cider pork like she had planned for dinner.

Kevin Ambrose, 19, was hanging out with a friend and had not eaten with the rest of his family.

About an hour later Ebony Ambrose was awoken by a knock on her bedroom door from her son’s friend, who told her “Kevin got shot.”

“I don’t remember if there were words before that or after that,” she said.

Ambrose said she didn’t believe it at first.

“Just never in a million years would I think this would happen to my kid,” she said Wednesday from the family home on the 4800 block of South Prairie Avenue.

About 11:05 p.m. Tuesday, someone fired shots from a light-colored sedan that hit her son as he walked down the sidewalk in the 4700 block of South Calumet Avenue, in the Bronzeville neighborhood, authorities said.

Shot in the back, Kevin Ambrose managed to run through a vacant lot before collapsing in an alley in the 4700 block of South Prairie Avenue, Chicago Police Department News Affairs Officer Hector Alfaro said.

Paramedics rushed him to John H. Stroger Jr. Hospital of Cook County, where Kevin Ambrose was pronounced dead at 11:44 p.m., according to the Cook County medical examiner’s office.

Officers came to his family’s home and confirmed the shooting.

“They said whatever happened to my son, he wasn’t a bad kid,” Ebony Ambrose said. Police said he was not the target of the shooting.

She rushed to Stroger Hospital, where she was told to wait until the doctors came out. Soon the hospital staff came to the waiting room to give her the news.

Kevin Ambrose left his house about 11 p.m. to meet his friend Michael Dye at the 47th Street Station on the Green Line to walk him back to his house, Ebony Ambrose said.

Dye, 19, said he was on his way back from his security job at the Vic Theater when he called his friend to ask if he could come by.

Dye asked Ambrose if he meet him at the station so they could walk to his house together.

“He knows it’s not safe,” said Dye. “He did what any real friend would do.”

Dye’s best friend Justin Harris already was with Ambrose, and asked to come along to the station — but Ambrose told him to stay in the house, according to Dye.

Seconds later Dye heard gunshots. He worried about his friend’s safety and tried calling twice, but got no answer.

Then he saw his friend running in the alley near the station. When he got down the stairs, “I saw him on the ground, shot in the alley,” Dye said.

Officers were already on the scene.

The news devastated his younger sister, Kristen Ambrose, 17, who said her brother was outgoing, funny and protective.
The two played video games and talked about life, especially the people that went to their high school, Kenwood Academy. He warned her about boys, made fun of her short stature and gave her tips about classes.
“He gave me a lot of advice,” Kristen Ambrose said.

Sometimes he ate her food, and she often made fun of his poor spelling and the fact that he didn’t get haircuts that often.

Just last Saturday she had given her brother a Superman comic book, his favorite super hero since childhood.

“He was really excited about it,” she said. “I didn’t expect him to be so happy.”

“God, I miss that boy,” his sister said.

Ebony Ambrose said her son was attending Columbia College, majoring in a theater program for production. In high school he often worked behind the scenes for school productions.

He picked up dancing when he joined a program about 2009 at the recommendation of a neighbor, said Ebony Ambrose.

“I love my son, but he’s not the greatest dancer,” she said. But her son stuck with it.

The neighbor who recommended the dance program, Pierre Lockett, was shocked to hear of the death this morning. Lockett said Kevin Ambrose was involved in the Joffrey Ballet youth program as part of the After School Matters program, and traveled to South Africa three years ago.

“He wasn’t a gang-banger and he wasn’t involved in trouble,” Lockett said. “This was a senseless act of selfishness to take someone’s life who was out here trying to make something out of himself.”

Lockett, who is the director of community engagement at the ballet company, said Ambrose was a very respectful, dedicated, hard worker who helped others.

“The person who did this didn’t stop for a second to think how this would affect his mother,” he said. “She saw her son walk out the door and never come back, and his sister had to do the same. This has caused a ripple effect. It’s so close to Mother’s Day and now his mother will remember this every year for the rest of her life.”

Still, Ebony Ambrose said she was concerned about the dangers of Chicago. Last year she encouraged her son to look at colleges outside Chicago, but he said he wanted to be close to his family.

“In Chicago you have no choice but to worry, ” she said, adding that she is now considering moving.

She said she wonders now if she had moved earlier whether her son would still be alive.

“There’s not a map you can follow. You can do all the right things and still come up the same outcome,” she said.

Kevin Ambrose planned to transfer to a city college so he could take his general education requirements at a cheaper school, then he wanted to become a police officer.

Ebony Ambrose isn’t sure what motivated her son to consider a career in law enforcement, but she said the decision fits with his character.

“I’m going to chalk it up to Superman,” she said. “He wanted to help people. He wanted people to be safe.”

His picture was displayed on a TV screen while teens took turns performing poetry about the pervasive way violence effects their lives.

“Now you’re dead for nothing,” Andrew Jackson, 18, said to a chorus of teen supporters. “No good reason at all.”

Jackson met Ambrose about a year ago at the library spoken word poetry forum.

The two were not that close, but Jackson said Tuesday’s shooting is a reminder why youth programming like the teen poetry forum is important.

“We come here to express ourselves instead of doing what they did to Kevin,” said Jackson.