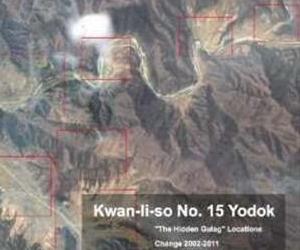 Newser) – What’s new are not the stories but the audience: Two North Korean defectors yesterday shared wrenching stories with the first UN panel assembled for the purpose of looking into human-rights violations in the country, reports the New York Times. The Commission of Inquiry’s three members will spend a year looking into the allegations, and yesterday’s testimony in Seoul marked the first of five days of such hearings, during which some 30 defectors are expected to speak. Among the first stories to be heard, per the Times and Reuters:

• The story getting the most press comes from Jee Heon-a, 34, who described a mother forced to kill her baby: “It was the first time I had seen a newborn baby and I felt happy. But … a security guard came in and told the mother to turn the baby upside down into a bowl of water. The mother begged the guard to spare her, but he kept beating her. So the mother, her hands shaking, put the baby face down in the water. The crying stopped and a bubble rose up as it died.”
• She also reported that North Korean women were sold to Chinese traffickers in the ’90s.
• In her telling, one of the few available foods was salted frogs.
• Shin Dong-hyuk, 31, who broke out of a prison camp in 2005, witnessed “almost monthly public executions.”
• A 7-year-old girl’s punishment for stealing a bit of wheat? She was clubbed to death.
• Shin’s punishment for dropping a sewing machine? The tip of his finger was severed; he describes himself as “grateful”: “I thought my whole hand was going to be cut off at the wrist.”